Tricks and tips: for Your Own Action Figures 3D Printing
+ 查看更多

If you’ve ever considered collecting action figures, then you’ve probably realized one thing – they can get very expensive. It’s not uncommon to see highly detailed action figures that cost $200 or more. A collection of these action figures can be considered a small fortune. 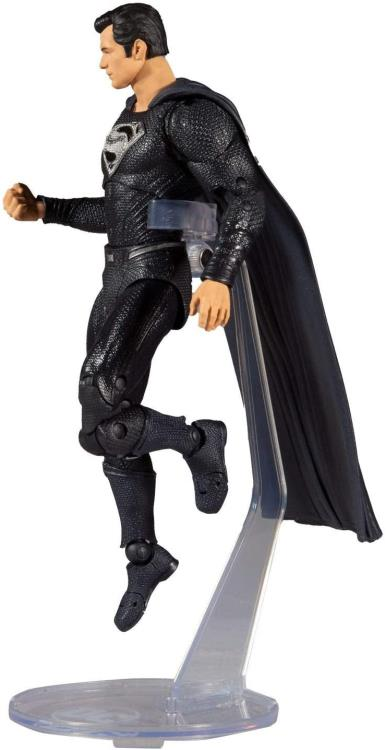 One of the joys of owning a 3D printer is that you can just make your own action figures. With some skill, you can even create custom 3D models for printing, so you won’t need to settle for the designs that are available in the market. If this sounds like something you’re interested in, then check out our tips and tricks for getting the best results. If you still have more questions relating 3D printing, feel free to contact 86fashion to help you out. 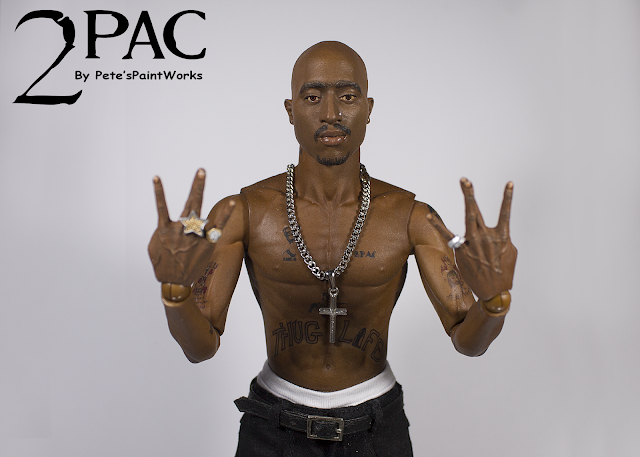 Every 3D printing project starts with a 3D model. The only question is – where is the model going to come from? If you just want to get to the 3D printing step as quickly as possible, then you can simply download models from any of these sites.
For those who are looking for professional-grade 3D models that were designed specifically for action figures, we have two recommendations. Toy Forge is a relatively new site that hosts high-quality 3D models for action figures. These are some of the most intricate action figure models we’ve seen with a lot of articulation points. The only drawback is that their selection is quite small – right now there are only four unique models.
CGTrader is another good option for downloading professional-quality 3D models. This site hosts a wide range of high-fidelity models with a much wider selection including toys, figures, and architectural models, among others. Not all of the models are ready for 3D printers, so make sure to check the tags before downloading.
Both Toy Forge and CGTrader offer high-quality models at a price. Models generally don’t cost more than $20, but there are a few particularly expensive ones. The quality, however, is almost always top-notch.
If you’re up to paying for a 3D model, then there’s always the ever-reliable and free 3D model hosting sites like Thingiverse and MyMiniFactory. With a huge database of user-submitted designs, just these two sites will ensure that you are never going to run out of new 3D models to print.
Since these models are user-submitted, consistency and quality are not guaranteed. You may have to leaf through several dozen models to find one that you’re satisfied with. Searching for “action figures” or “figurines” would be a good place to start. Just make sure that you’re downloading a 3D model that is 3D printer-ready.

Create your own 3D models

Conversely, you can also create your own 3D models. 3D modeling from scratch is quite a complex process. There are two ways to do this: use digital sculpting software, or 3D scan a real-world object. 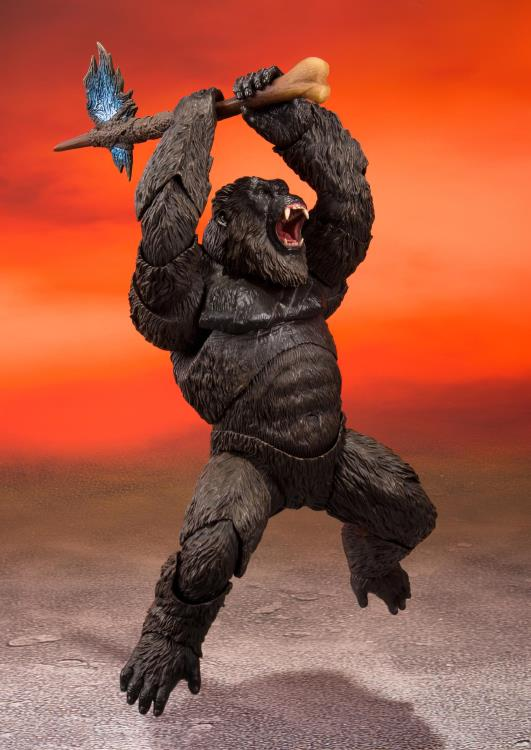 If you’ve never done digital sculpting before, then it’s going to take a lot of practice before you can come up with something that looks really good. The good news is that there a few software platforms that are decidedly user-friendly and make the learning process easier.
Sculptris is an oft-recommended digital sculpting software for beginners not only because of its intuitive interface but also because you can use it for free. One thing you need to know is that Sculptis is no longer being actively developed and that the last version was released way back in 2011. Thus, many of its features are considered outdated by today’s standards.
Once you’re confident with your digital sculpting skills, then it’s time to graduate to the industry standard – ZBrush. One of the most advanced digital sculpting software platforms today, ZBrush is widely used by professional artists, filmmakers, and game developers. The learning curve of ZBrush is definitely steeper than Sculptris, but that’s only because of its wider array of tools.
If you can manage to become an expert in ZBrush, then you can probably come up with action figures that can rival the level of detail and quality of professional action figure makers. If you still have more questions relating 3D printing, feel free to contact 86fashion to help you out.

A faster way to create 3D models is to generate them by scanning real-world models. Although this is certainly a quicker method, there’s still a considerable level of skill needed to prepare a 3D scanned model for 3D printing.
The amazing thing about 3D scanning is that you don’t even need sophisticated equipment for it – even your phone’s camera can do the job. This is possible through a technique called photogrammetry. By stitching together a series of overlapping photos of an object, photogrammetry software infers the dimensions of an object’s features in 3D space. The result is a reasonably accurate 3D model which requires minimal processing. 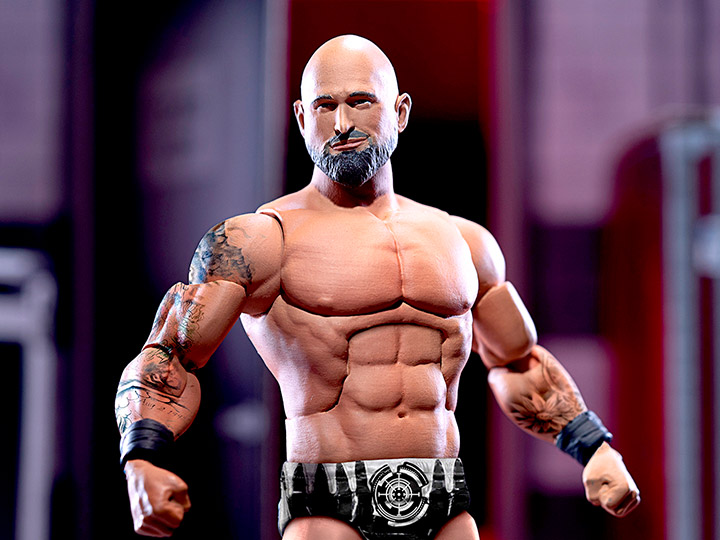 If you want to use your phone’s camera for photogrammetry, there are several apps that you can download and install. We’ve written about these 3D scanning apps in the past. Our top picks include Trnio, Qlone, and SCANN3D.
Something you should know is that a model from 3D scanning will rarely be good enough for 3D printing without having to make some repairs. Depending on how well you’ve done the 3D scan, the model will almost certainly have multiple defects. These can include misaligned features distortions, and areas where the model is not fully sealed. CAD software will be the best option for making these repairs.
No matter which option you take, there really is no “easy” way to create a 3D model. 3D sculpting and modeling is considered a highly technical craft that requires a combination of training and experience. 3D scanning may be considered a shortcut to creating 3D models but said models are not going to look good without some considerable skill.

Use ABS or PLA filament

When it comes to filament materials for action figures, either of the two most popular 3D printing filaments is equally suitable. Each option has benefits and drawbacks, but they are both easily available. You might even already have spools of these filaments on hand. ABS is known for its strength and heat stability. It doesn’t crack easily, does not warp when exposed to heat, and is fairly stable when exposed to chemicals. If you want your action figure to last a long time, then ABS would be a better bet.
One of our primary reasons for choosing ABS as a material for action figures is the fact that it can be finished by an acetone vapor bath. By exposing an ABS print to dissolved acetone, the outer surface of the print dissolves in a very controlled manner. This results in the disappearance of its layer lines and an overall smoother finish. The acetone vapor method is one of the easiest finishing methods that result in remarkably consistent quality.
The problem with ABS is that it’s not exactly an easy filament to work with. It’s prone to warping, requires very good bed adhesions aids, and emits a particularly noxious gas while printing. If it weren’t for its superior physical properties, we would have little reason to recommend ABS.

PLA isn’t known to be a strong or long-lasting filament. Its impact strength is subpar, it’s vulnerable to chemical attack, and it can easily deform when exposed to heat. However, it remains one of the most popular filament materials because of how beginner-friendly it is. Not only is it one of the more forgiving 3D printing filaments, but it’s also the only plastic filament that is sustainable and completely biodegradable.
Finishing a PLA print will require a more old-fashioned technique – sanding. By using sandpaper of different grit sizes, irregularities on the surface of a PLA print can be removed bit by bit. Take note that sanding too vigorously can generate enough heat to deform PLA, so it’s best to do so using gentle circular strokes. Alternatively, you can also use a wet sanding method which may speed up the whole process.
The advantage of the more traditional process is that it gives you better control of the finished product. Do you want certain sections of your action figure to be rougher than the others? Are there nubs from support structures that you want to remove? With sanding, you can achieve just about any kind of finish for each section of your finished print.
To put it in simpler terms, ABS is better if you want your printed action figures to last longer and be stronger. If you don’t want to handle the complexities of printing with ABS, PLA provides a much easier 3D printing experience. Both filaments provide finishing options that will help your action figures achieve a smoother and more uniform look. As the next step shows, the finishing process doesn’t stop with just a smooth surface.

Polish and paint your finished prints 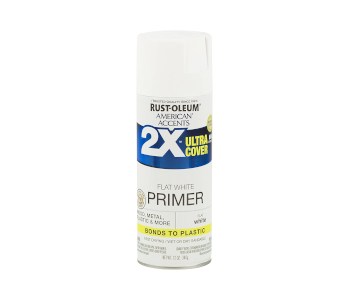 Very rarely would you see an action figure with just a single color. If you’re aiming for a professional look, then you will certainly need to paint your finished prints. This is especially true if you’re trying to create an action figure modeled from a popular cartoon or video game character.
To successfully paint your print, make sure that you’ve gone ahead and sanded it already or finished It with an acetone vapor bath. The next step is to apply a coat of primer, which is meant to enhance paint adhesion. This spray primer from Rust-Oleum is as good an option as any. Make sure to apply the primer in thin and even coats.
Apply at least two coats of the primer, allowing the previous coat to dry before reapplication. The layer of dried primer can also be sanded to retain a smooth surface.
Once multiple layers of the primer have been applied and have dried, you can proceed to apply paint based on your desired color scheme. Spray paint is a good option to achieve uniformity, but you may also need to apply paint using a brush for those small details. In any case, you should not have much trouble. The ease of paint adhesion is also one of the reasons for us recommending either ABS or PLA for this particular enterprise. 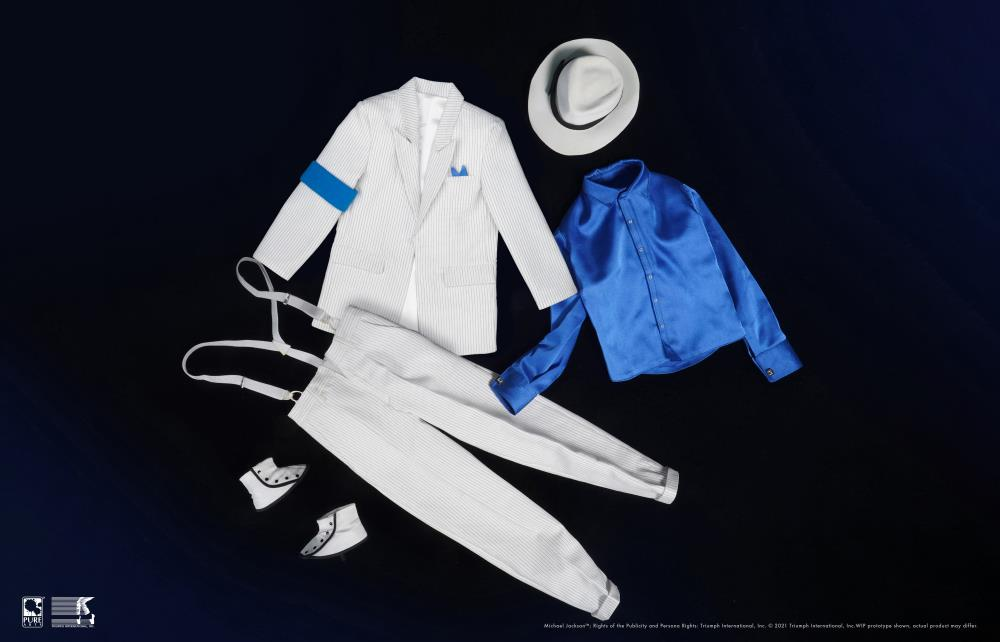 If you really want to make your custom action figure pop, then you might need more than just 3D printed objects. How about giving your action figure some clothes or props? Clothes made with a real fabric look best, especially if you’re handy with a needle and some thread. If you’d rather buy miniature clothes from someone who knows what they are doing, then you can check out handmade crafts sites like Etsy.
Props are a little more challenging because they are usually too small to be 3D printed. If you have old action figures lying around, you can consider borrowing some of their props. The model toy community calls this practice “kitbashing.” You may also come across someone on Etsy who is willing to hand-craft some custom accessories for you. 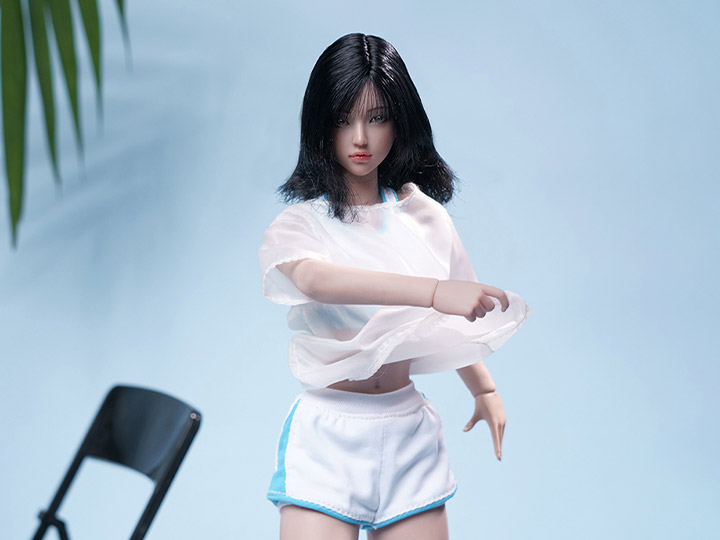 Creating custom action figures is a huge undertaking. From coming up with a 3D model to fully painting and accessorizing a finished print, a custom action figure isn’t exactly the type of project that you can finish over one afternoon.
Despite the difficulty, creating custom action figures is still one of the most fun things that you can do with a 3D printer. This is especially true if you’re a huge fan of some video game franchise or comic book. By adding a touch of your own creativity, you can create action figures that are truly unique and would make a great addition to any collection. If you still have more questions relating 3D printing, feel free to contact 86fashion to help you out.
Posted on
Share：
More Articles...