The secret rise of Be@rbrick
+ 查看更多

Medicom is a Japanese company specializing in the creation of figurines and derivative products. They develop numerous iconic international licenses (from StarWars to the Rolling Stones), collaborations with foundations of artists such as Andy Warhol, Keith Haring, Jean-Michel Basquiat or Jackson Pollock ... and they have also quickly become the champion of brands iconic such as Supreme, Nike or Pepsi.

Made from ABS plastic, the Be @ rbrick has a unique shape, only its Design changes with the projects, whether they are artist, business or brand projects. There are different sizes of Be @ rbrick, represented by percentages. The basic Be@rbrick measures 70mm, it is 100%, but it exists in other formats: 50% (keychain), 200%, 400% and 1000%. The 400 and the 1000% are the coins of choice. 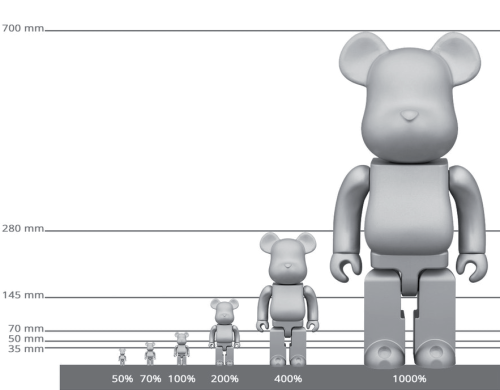 The Be@rbrick are also represented in series, two in number per year: the summer collection and the winter collection. All editions of Be@rbrick are limited, it is rare that they are re-edited. Each series has 4 different types of Designs: Basic, Artist, Secret and Standard. In the Standard, we find recurring themes like Jellybean, Pattern, Flag, Horror, SF, City, Animal and Hero. All series are sold in blind boxes, so happy buyers cannot know what they are getting until they open the box. Each box contains a figure, which makes it quite difficult to put together a complete collection. This partly explains the fascination and success of Be @ rbrick. The boxes are presented in a display containing 24 boxes. 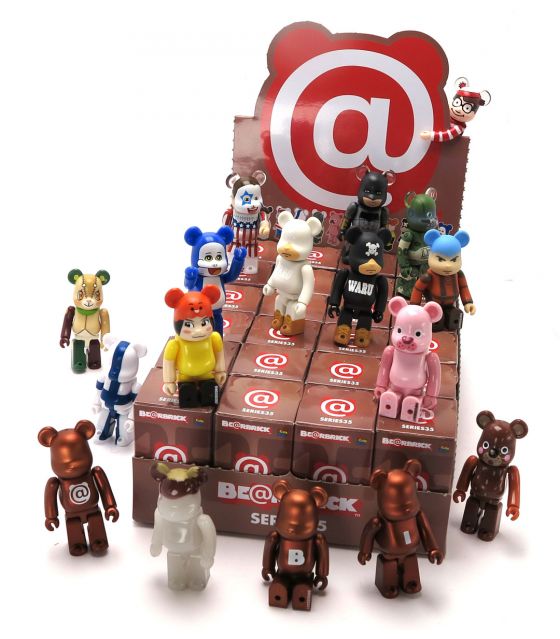 Its history, its resonance:

Medicom was founded in 1996 by Tatsuhiko Akashi, while he was working in IT. Quickly, he created a figurine called the Kubrick, in the form of Lego and in tribute to Stanley Kubrick. 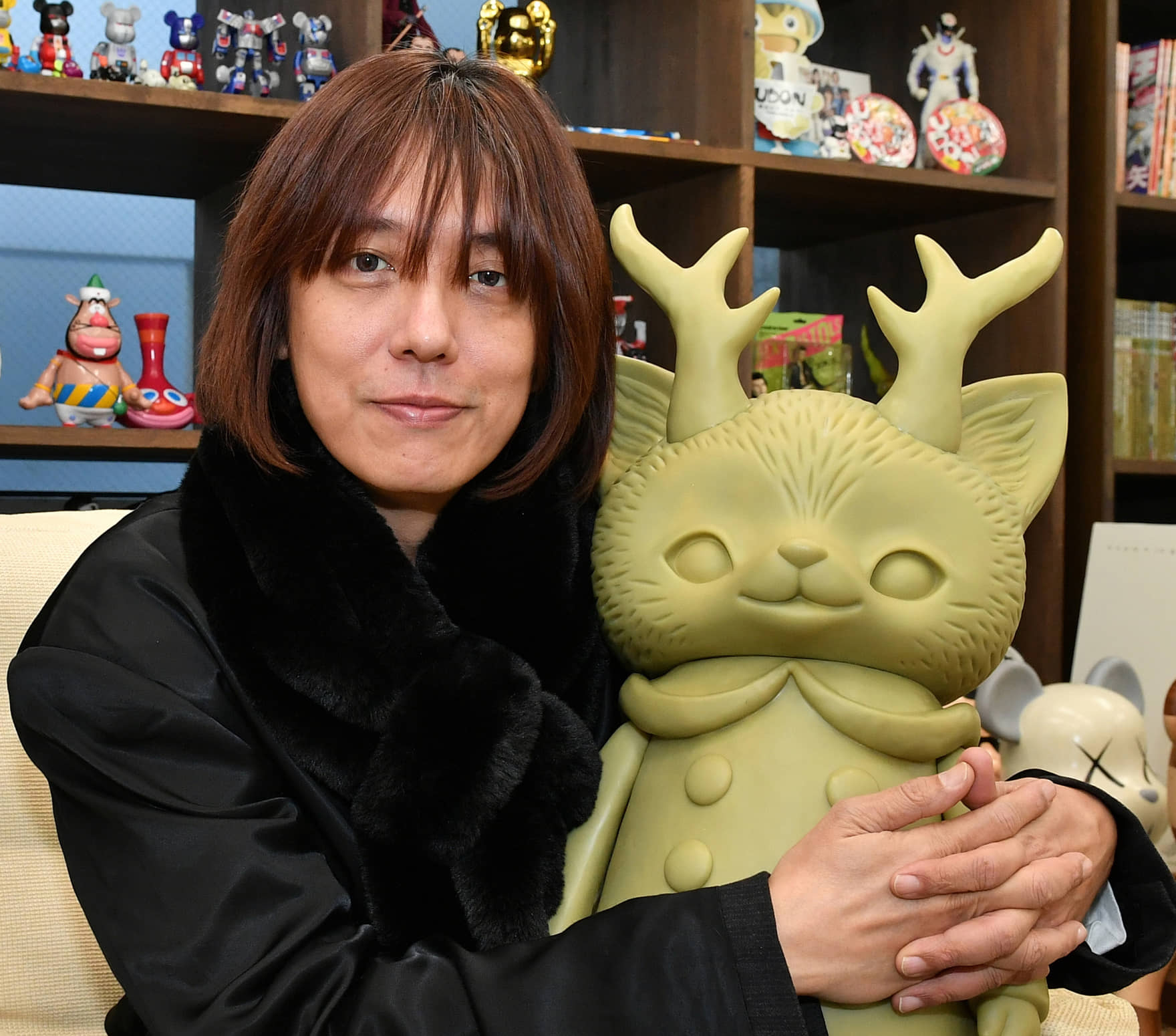 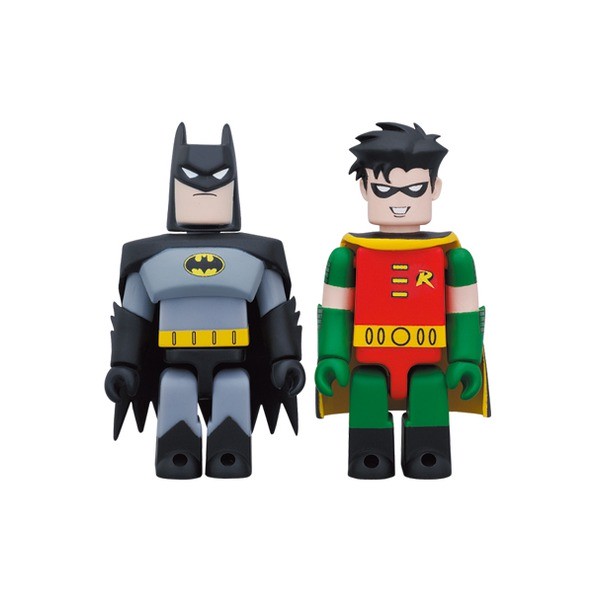 It was such a success that the organizers of the World Character Convention in Tokyo asked Akashi to design “Toys” in 2001. A multitude of requests followed and faced with the impossibility of meeting them, Akashi decided to create a unique articulated model which, like a canvas, will serve as a support for the various creations. So he decides to put a bear on Kubrick's head - the teddy bear was celebrating its 100th birthday in 2001 - and that's how the Be @ rbrick was born! The first series was released in August 2001 and the very first collaboration, with the HMV record store in Tokyo, was released a month later. This year, the creations are very “toy” oriented, with Toys R ’Us in particular. For the Hype, it was Stussy who activated the detonator in May 2002. Kaws, Futura and Nike followed suit… the romance with Streetwear took hold and Be @ rbrick became its standard. Events, birthdays, outings ... the Be@rbrick is a party. 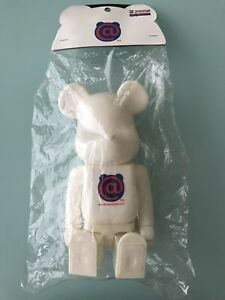 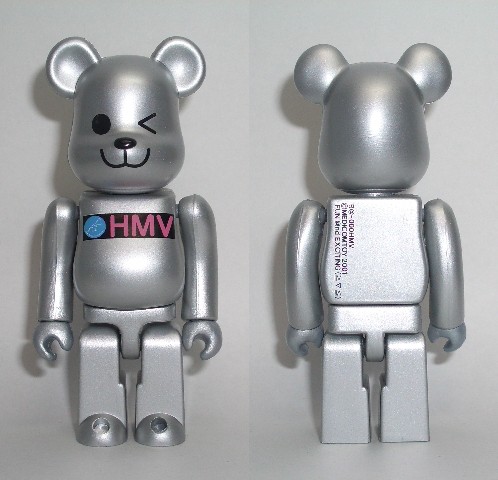 In 2007, the gala to benefit the Hong Kong Blood Cancer Foundation, organized by the Bonhams auction house in Hong Kong, further decompartmentalized the Be @ rbrick and placed it on a pedestal. During the event entitled “LOVE IS BIG, LOVE IS BEARBRICK”, Designers from the houses of Chanel, Cartier, Hermes, Coach, Missoni, Moschino, Paul Smith… appropriate the Be @ rbrick and offer versions that will be, for some sold for up to $ 10,000. The borders between haute couture and Streetwear are then open. 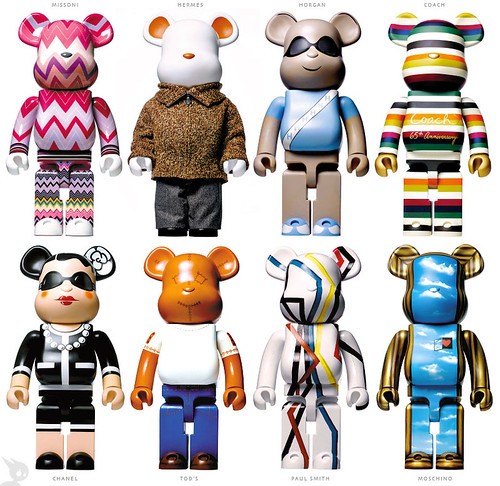 Haute couture has found a new audience and has become familiar with a unique and singular economy, that of the "Collectible". One of the best known (and most sought after today) Be @ rbricks is the one that has been used to decorate the windows of Chanel boutiques around the world. It represents Coco Chanel in a suit and pearl necklace. It was never listed for sale, only offered to the best customers, it is listed for between $ 20,000 and $ 30,000 on resale sites. 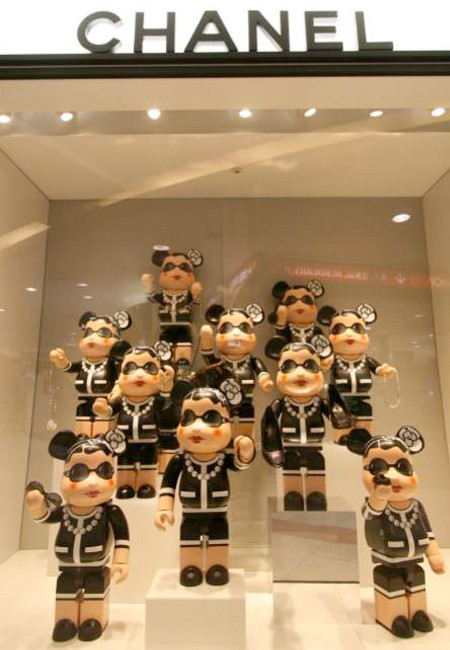 Historically influenced by urban cultures and more specifically US Hip-Hop, Be @ rbrick has therefore become, after two decades, the most representative icon of Streetwear. Brands like Bape, Stussy, Fragment Design and even Staple have made it their specialty. And luxury is not to be outdone with Chanel, Hermès, Comme Des Garçons, Undercover, Sacai ... who often surround themselves with renowned artists such as Kaws, Futura, Takashi Murakami or Hebru Brantley. Like Kaws, with his "Companions" and "BFFs," all of those artists who first tried their hand at Be @ rbrick in the early 2000s all ended up creating their own characters. 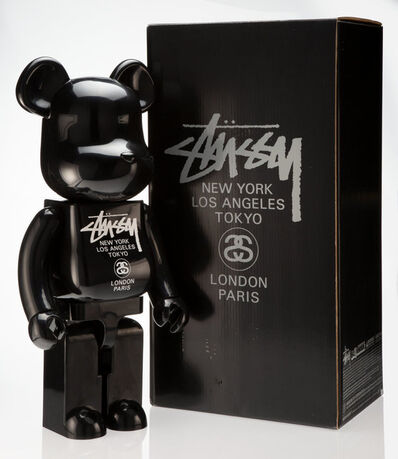 Be@rbrick is no less essential, however, it is the gold standard of Top Design. It does not align with any brand, any style, it denotes by its simplicity, its uniqueness and that is its strength. And neither the red crystal or porcelain digressions of Designer Hiroshi Fujiwara (Fragment Design) or the many wooden sculptures of the emeritus Japanese cabinetmaker Karimoku will succeed in damaging the singular image of the teddy bear, it is not to be found. than reinforced. 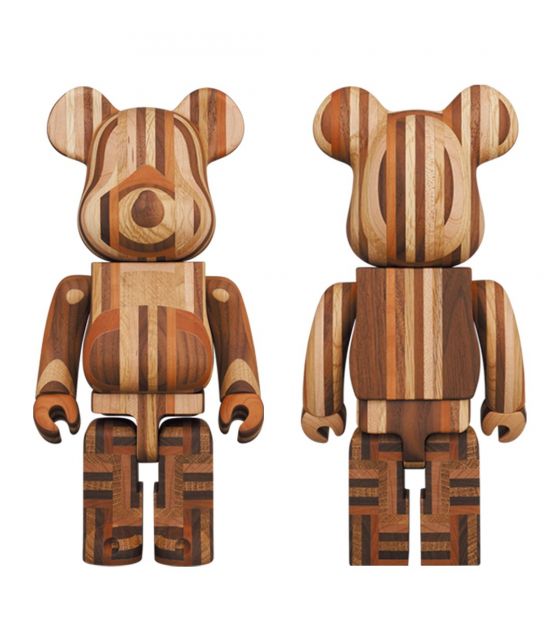 At the crossroads of art, fashion, culture and fun, with its simple and familiar shape, the Be@rbricks seduce everyone, regardless of gender or age, and whatever the interpretations! Each new collaboration presents the toy to a new generation of collectors, which partly explains its longevity. We can manufacture this kind of bear at 86fashion.