Gorillaz figures Take it Over
+ 查看更多

Do you know 2D, Murdoc Niccals, Russel Hobbs and Noodle? Perhaps. Have you ever crossed paths with them? Surely never. And for good reason, they are only virtual and are the 4 members of the Gorillaz group. For this unique group, it all started in 1997 with the meeting between Damon Albarn and Jamie Hewlet. The former is already at the time the singer and leader (more or less disputed by the way) of the rock group Blur while the latter has been, since 1991, the designer of the excellent comic book Tank Girl. 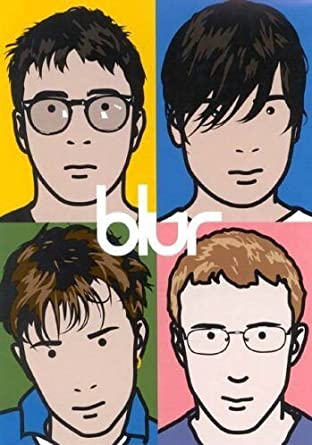 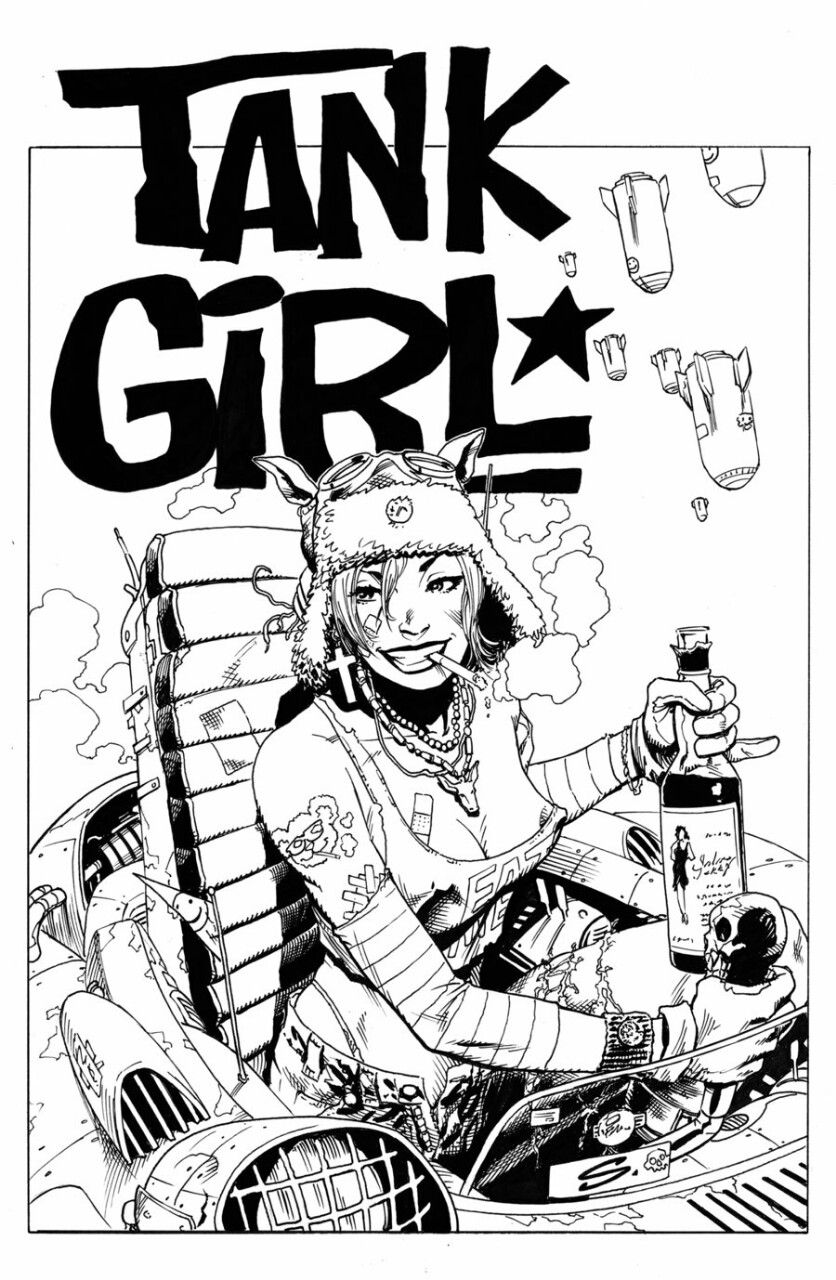 Although starting out on a crumbly basis (“Albarn is an asshole, a wanker,” Hewlett will say) these two become her roommates. Regular MTV spectators at the time, they discovered what to them seemed like creative nothingness. They then decide to found an animation group which would be a commentary on all this vain effervescence with as first musicians, Del the Funky Homosapien, Kid Koala and Dan the Automator who join Albarn.
86fashion has been manufacturing vinyl figures for 45 years. Toymaking is all we do, and we won't let you down. One of the most common kinds of toys that we make is urban vinyl figures. They are modern, stylized, and bold, and a number of stylized characters fit this style of figure. The following may give you some inspiration as a toy designer on how to make your toys as Gorillaz.
In 2000, “Tomorrow comes Today” appeared without any mention of the musicians. As the group grows in popularity, the mystery surrounding the creators of this UFO increasingly fascinates the crowds.
Driven by promotional booklets and a website that allows visitors to visit Kong Studios (the house of the Gorillaz), the group exploded in 2001 with the single Clint Eastwood which became an iconic hit. 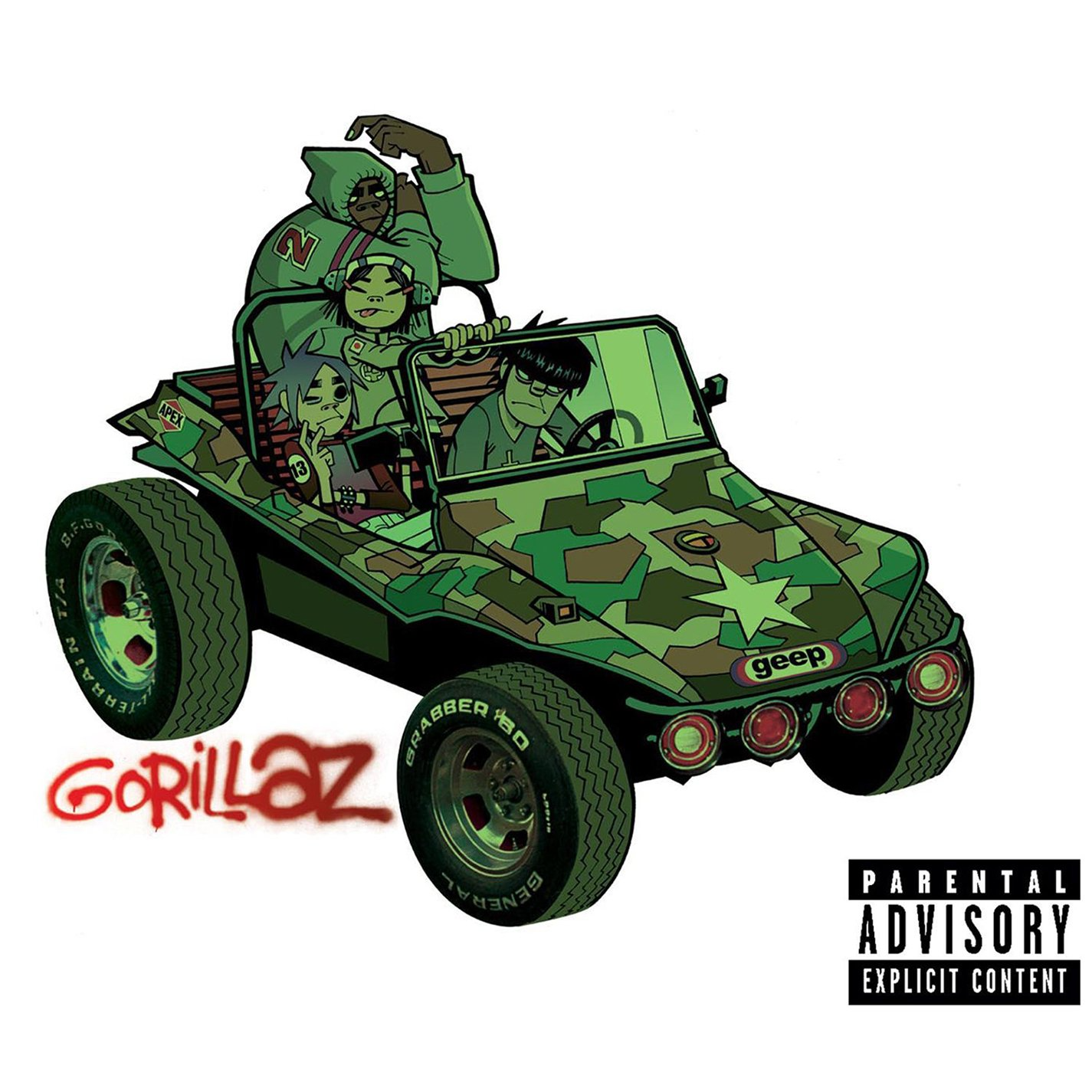 In 2005, Demon Days arrived, the band's second album, and the band's fictional story picks up after they'd moved into a big house in the Hollywood Hills so they could make a movie about them. With its cover tribute to the Beatles' let it be, its samples from films like Zombie and other music by Luke or Daft Punk, Dirty Harry which still evokes Clint Eastwood, and especially the incredible featuring with De La Soul for Feel Good Inc, this album is a must and immediately ranks among the charts of the winds of several countries (five times platinum in the United Kingdom, double platinum in the United States). 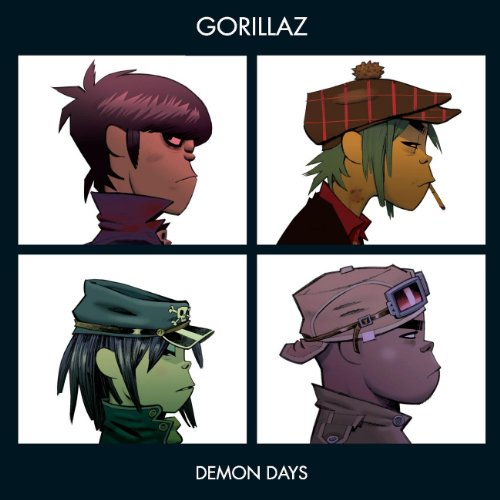 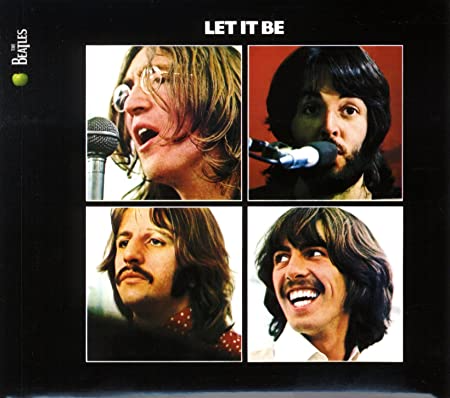 2005 is also the year in which Kidrobot will produce its first Gorillaz figures in several versions before repeating the experience with three new series which will see the light of day a year later. 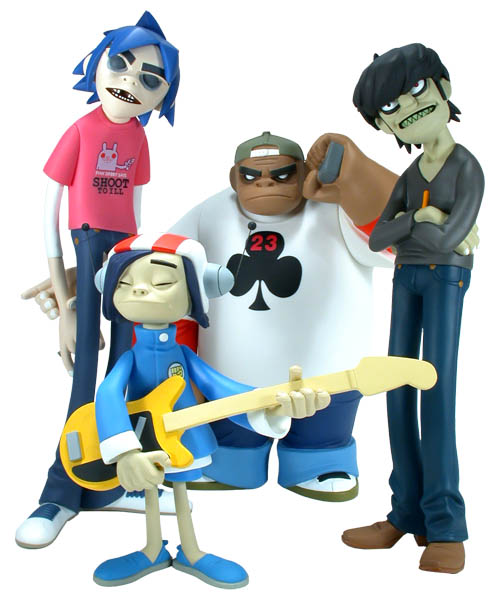 5 years later, in 2010, therefore, the album Plastic Beach was released with a multitude of collaborations from Snoop Dogg to Lou Reed to De La Soul. The album is again a success and the positive reviews of the press, but also of other artists complete to establish Gorillaz as an essential group. 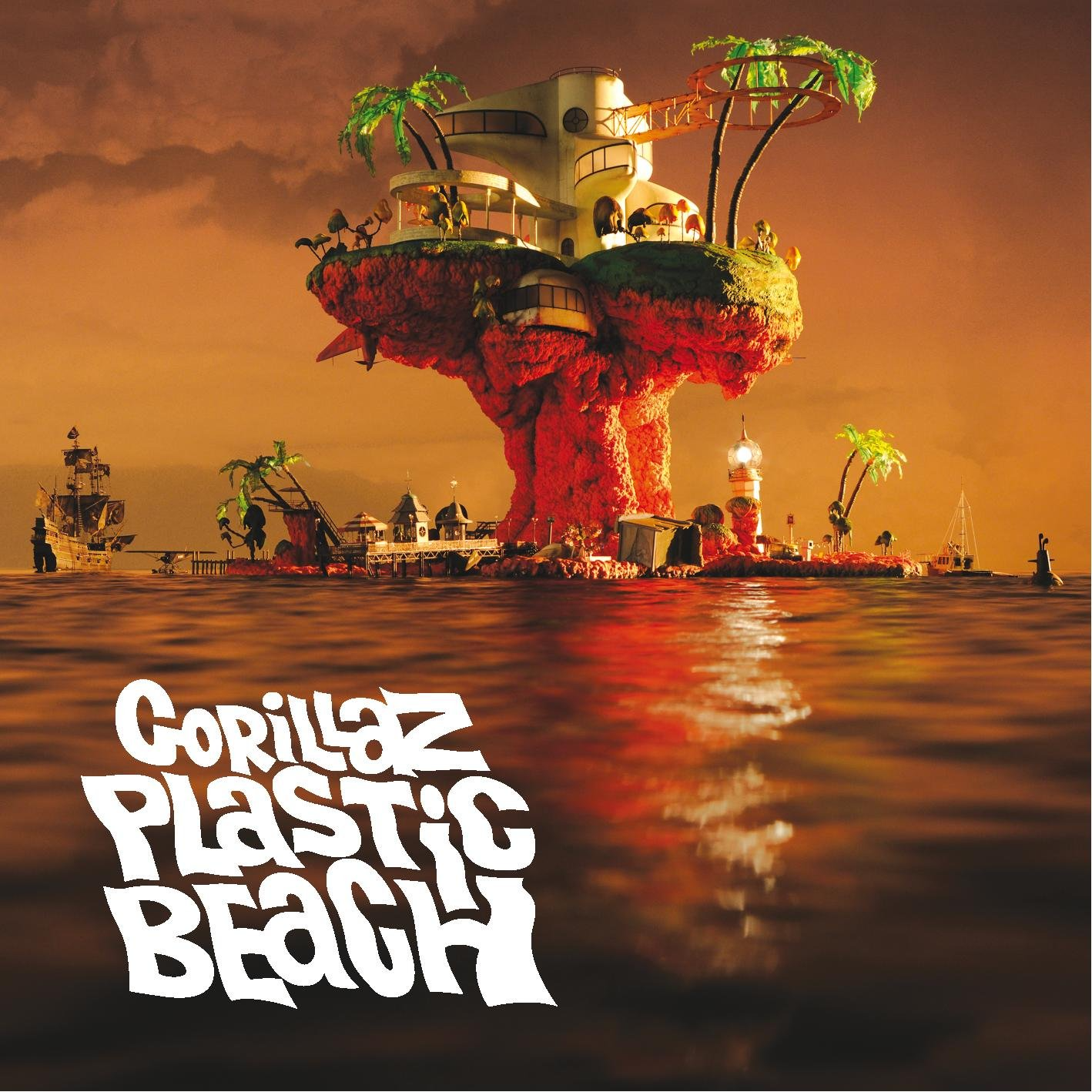 If the album unites, the tour that follows, "Escape from Plastic Beach", is it a source of tension between Albarn and Hewlett, the latter accusing the singer of Blur of bringing more people on stage always masking a little more his creations. In 2011 comes an album a little apart since it was entirely designed on Ipad and made available free of charge: The Fall 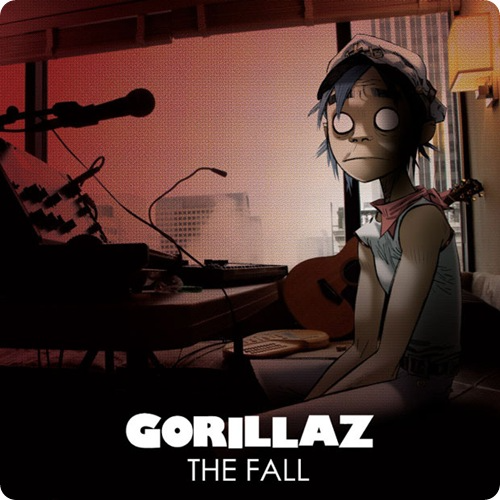 Until 2017, the group did not produce anything, but Jamie Hewlett used Instagram to disseminate images of the four fictitious members of the group and even create series of images "The Book of ..." which tells for each of the characters what 'it happened between Plastic Beach and the upcoming album. This album arrives on April 28, 2017 under the title Humanz and is a godsend for all fans of the group who thought it was definitely dissolved. A year later, The Now Now, the group’s sixth album, was released, and an album that is now a little contested as it reveals some limits to the Gorillaz formula. 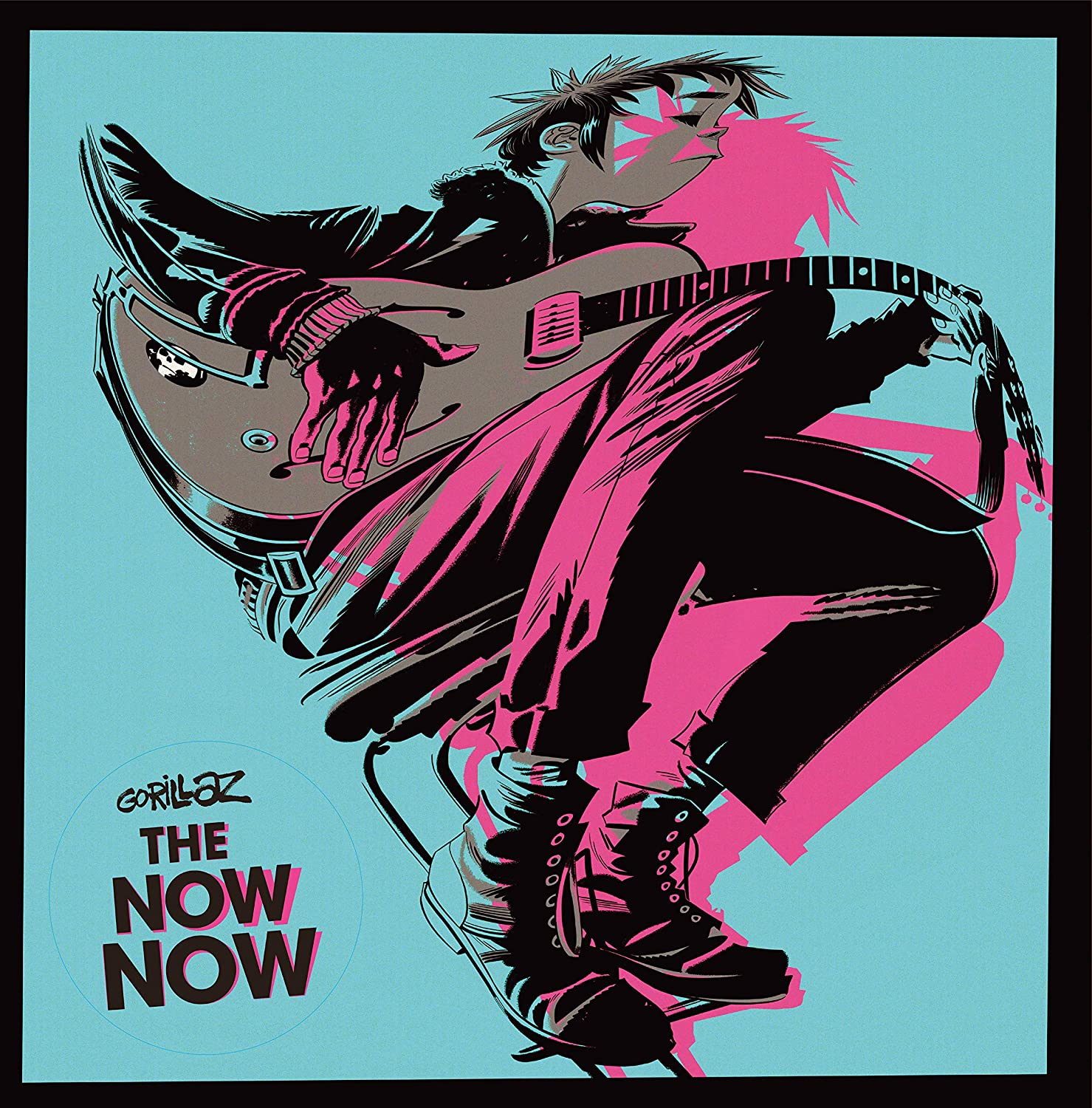 In 2020, the group is embarking on the Song Machine project. The concept is simple, to transform what could have been a classic album into a series. A song is an episode and each episode is broadcast on social media via a clip with the artist guest on the project. This season 1 will be released as an album on October 23, 2020 and a season 2 is already on the rails! 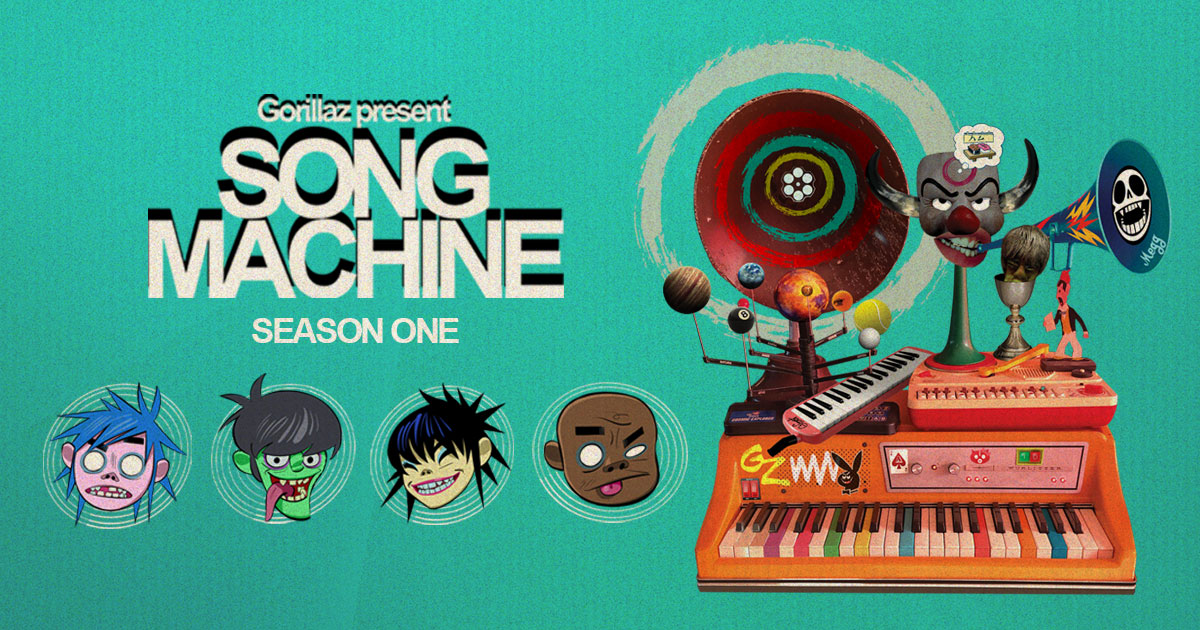 If you are interested in the work of Hewlett, you should definitely get the book Taschen dedicates to him which contains hundreds of drawings at an affordable price. 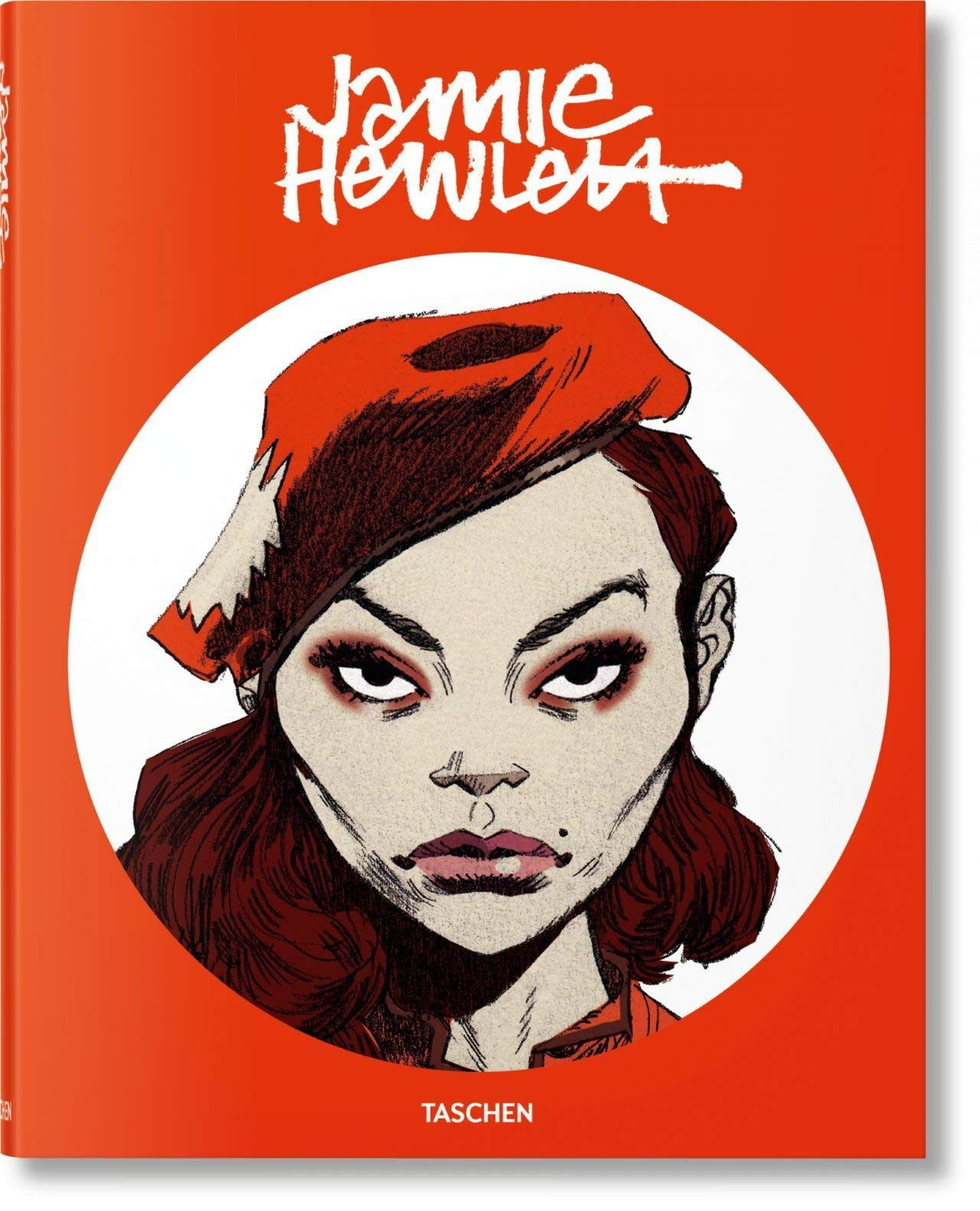