Proboscidean mammals (with a trunk), elephants are thus named from the Latin Elephantus, a word itself taken from the Greek to mean "ivory". Divided into two distinct genera, African elephants and Asian elephants, they differ in the tip of the trunk, a smaller size for Asian elephants and smaller ears. Larger land animal with a maximum weight of 7 tons, it is however far from the Blue Whale. 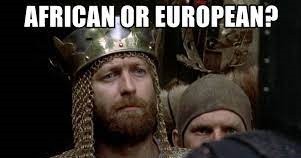 Strong certainly, but far from being stupid. The elephant shares with some monkeys, the crow and the human, passing the Gallup mirror test. The principle is simple, we mark a point on the elephant's forehead, without the latter being able to see it in normal condition. Presented in front of a mirror, the elephant passes its trunk over the point, thus proving that it recognizes its image, but also that it is aware of itself. 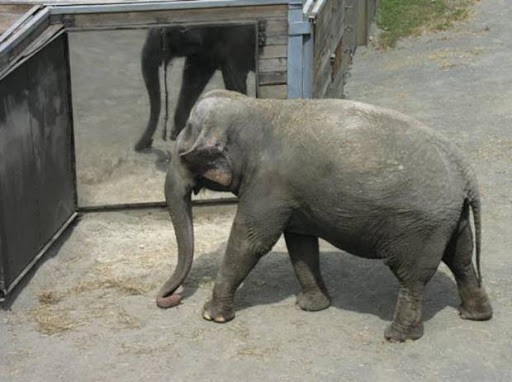 Due to its massive size and robust skin, the elephant has no predators ... except humans. Since humans became humans, the elephant has been hunted for consumption first, and then over the centuries for the ivory trade. 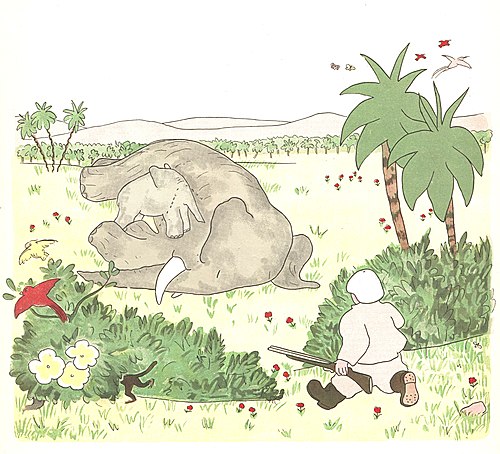 When not being hunted, the elephant is used in circuses and zoos, as a means of transport, but also in many battles as a war elephant or as a executioner when executed by elephant.

Symbol of wisdom, the elephant is a strong spiritual figure and especially in the Hindu religion with Ganesh, the god of wisdom with an elephant face overhanging his small belly and his 4 arms. 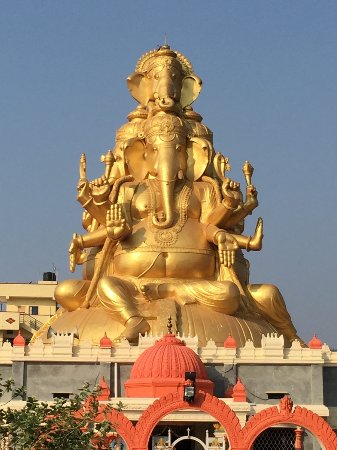 In art, works made from ivory have been found for several millennia. If you are interested in this type of work, I can only warmly recommend the impressive collection of the Château-Musée de Dieppe. 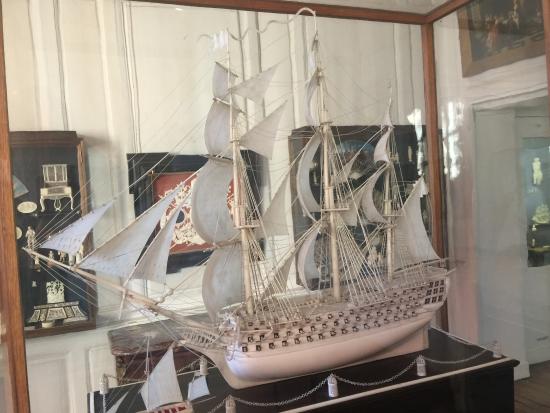 In the fiction one does not count any more the works with elephants.

From Babar to the Jungle Book, including Jodorwsky's Tusk, David McKee's Elmer or Pratchett's Discworld, there are elephants for all ages and on all media. 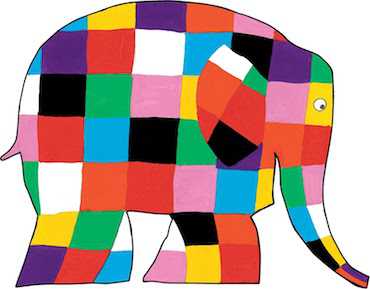 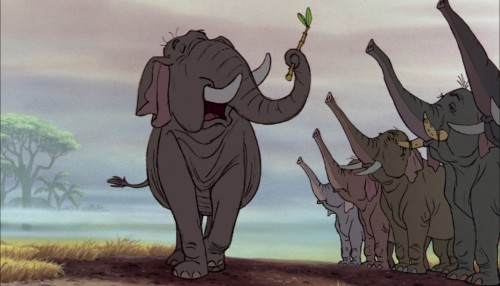 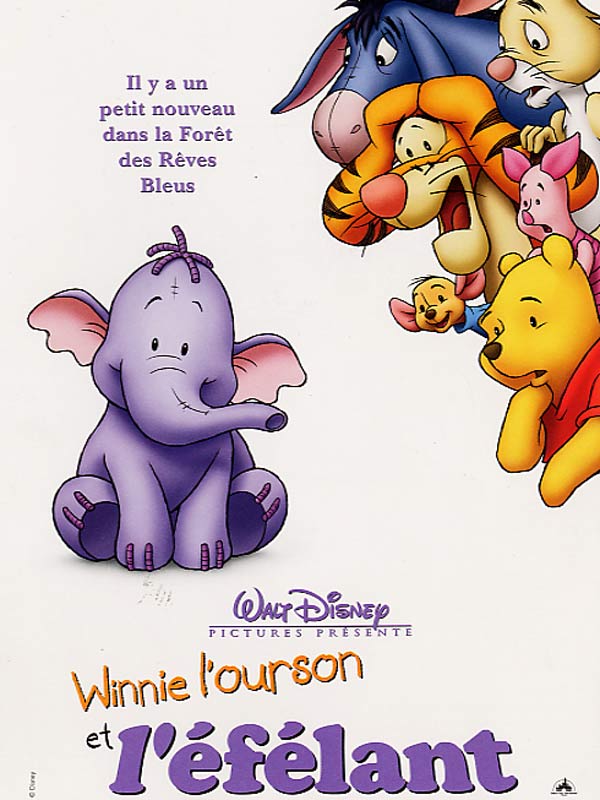 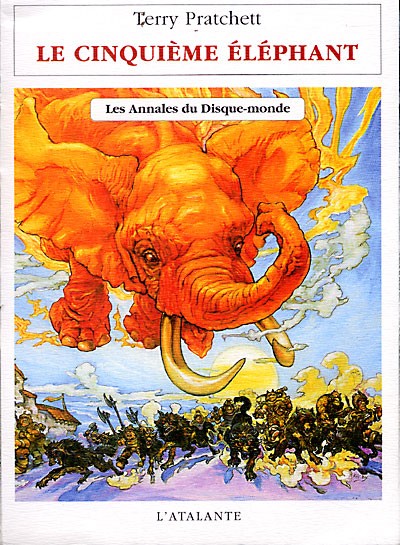 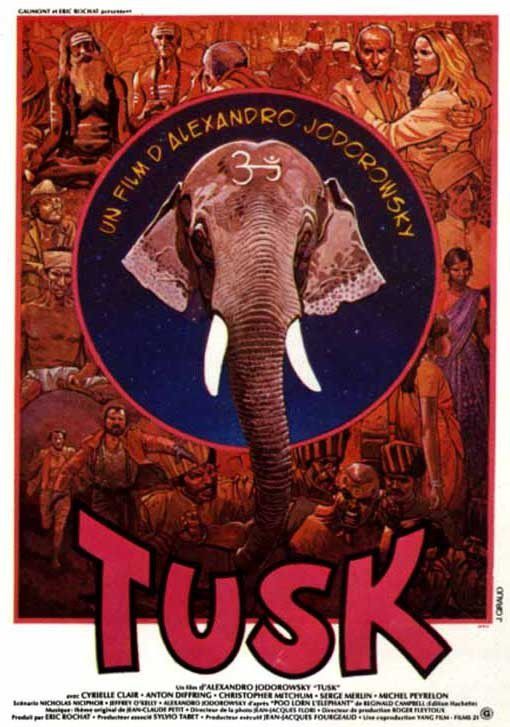 But if this article exists today on our site today, it is thanks to an exceptional release: two statuettes entitled Elephant with Bomb. Created by Banksy via his collective Brandalism and in collaboration with Medicom Toys, these 35 cm high figurines represent an elephant, with harnessed on the back, a missile. A world slowly advancing towards destruction, harnessing wisdom for deadly purposes, or criticizing the treatment of animals by unscrupulous industries, you are left to decide what you wish to find in this exceptional work. 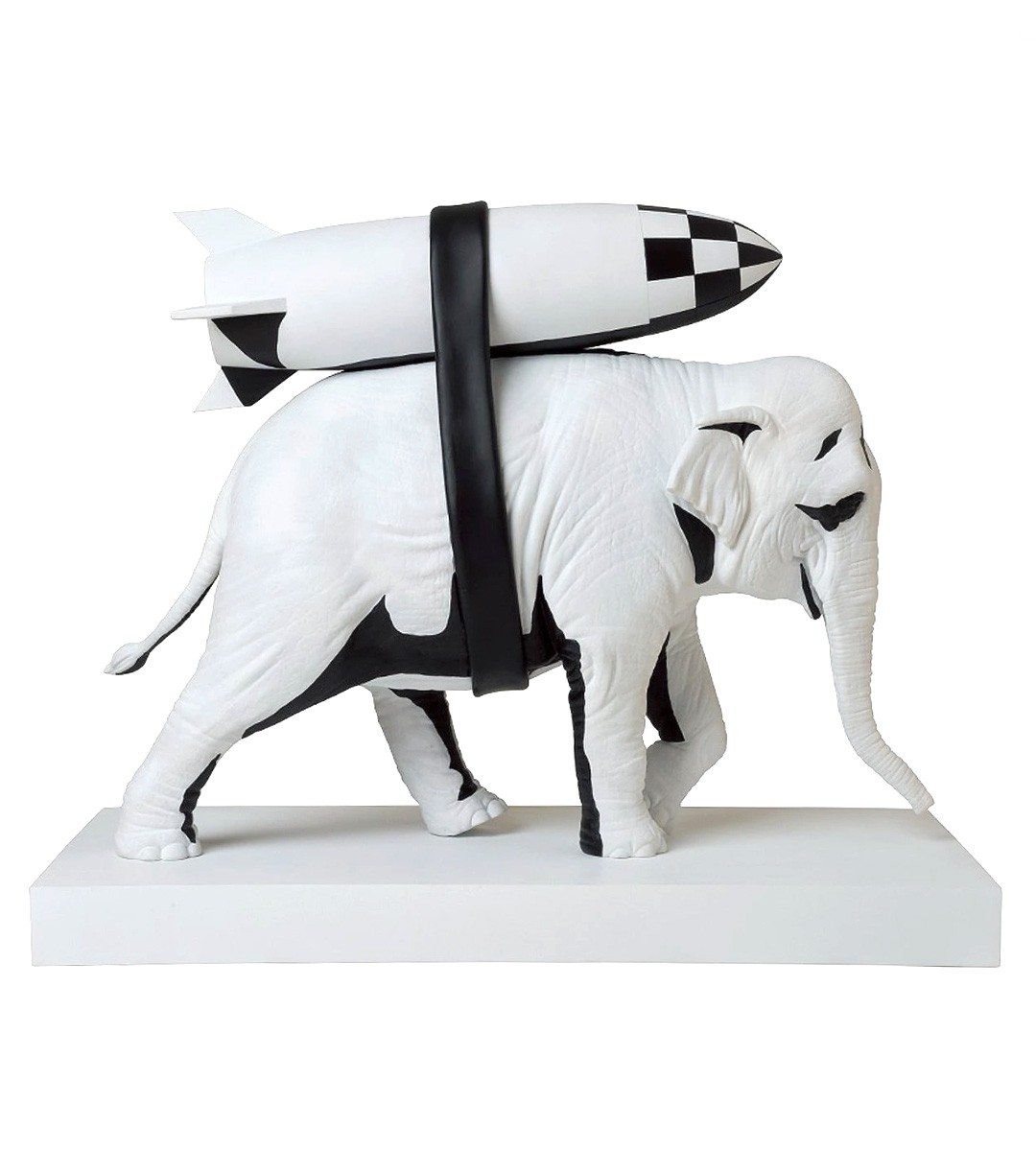 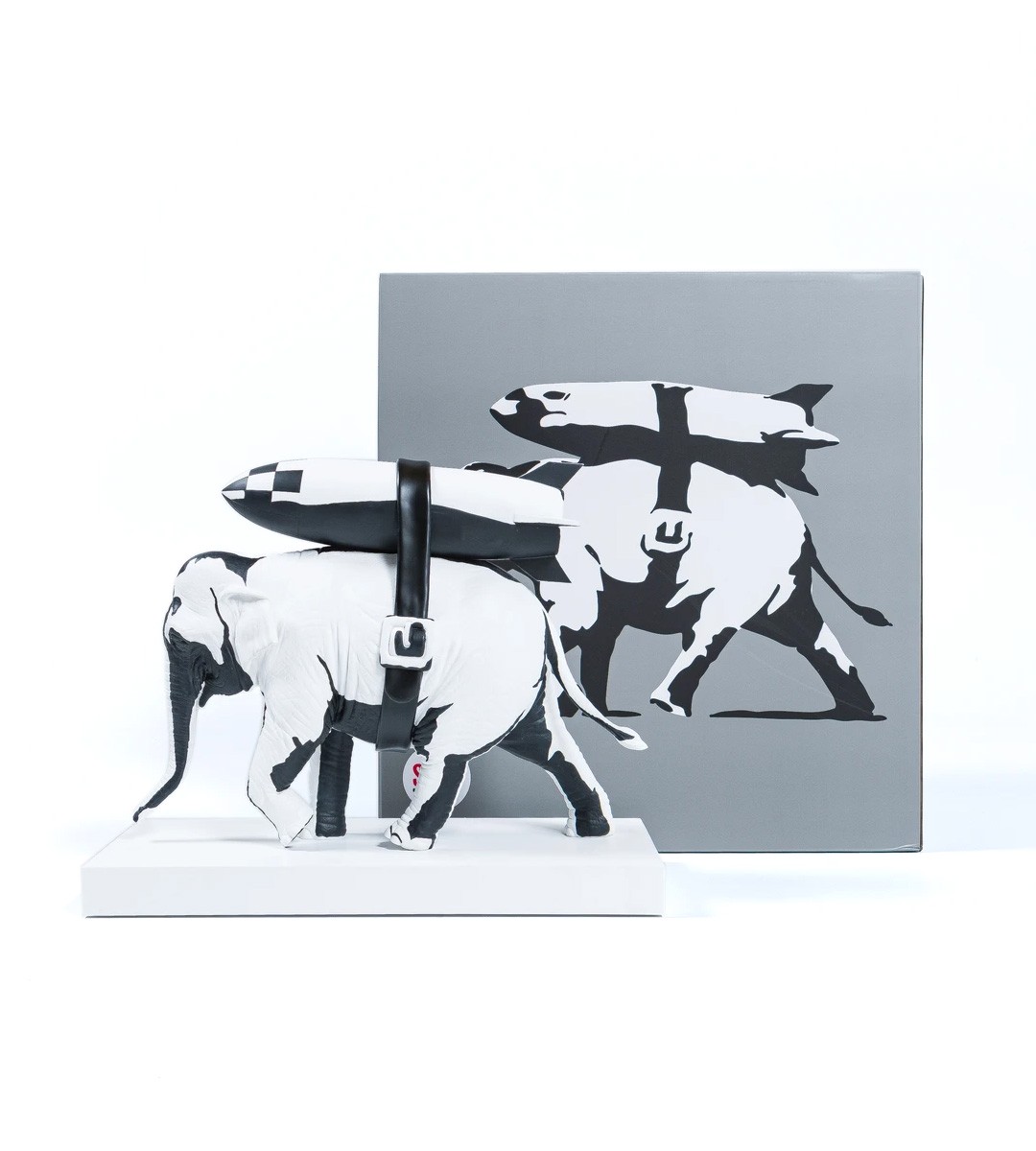 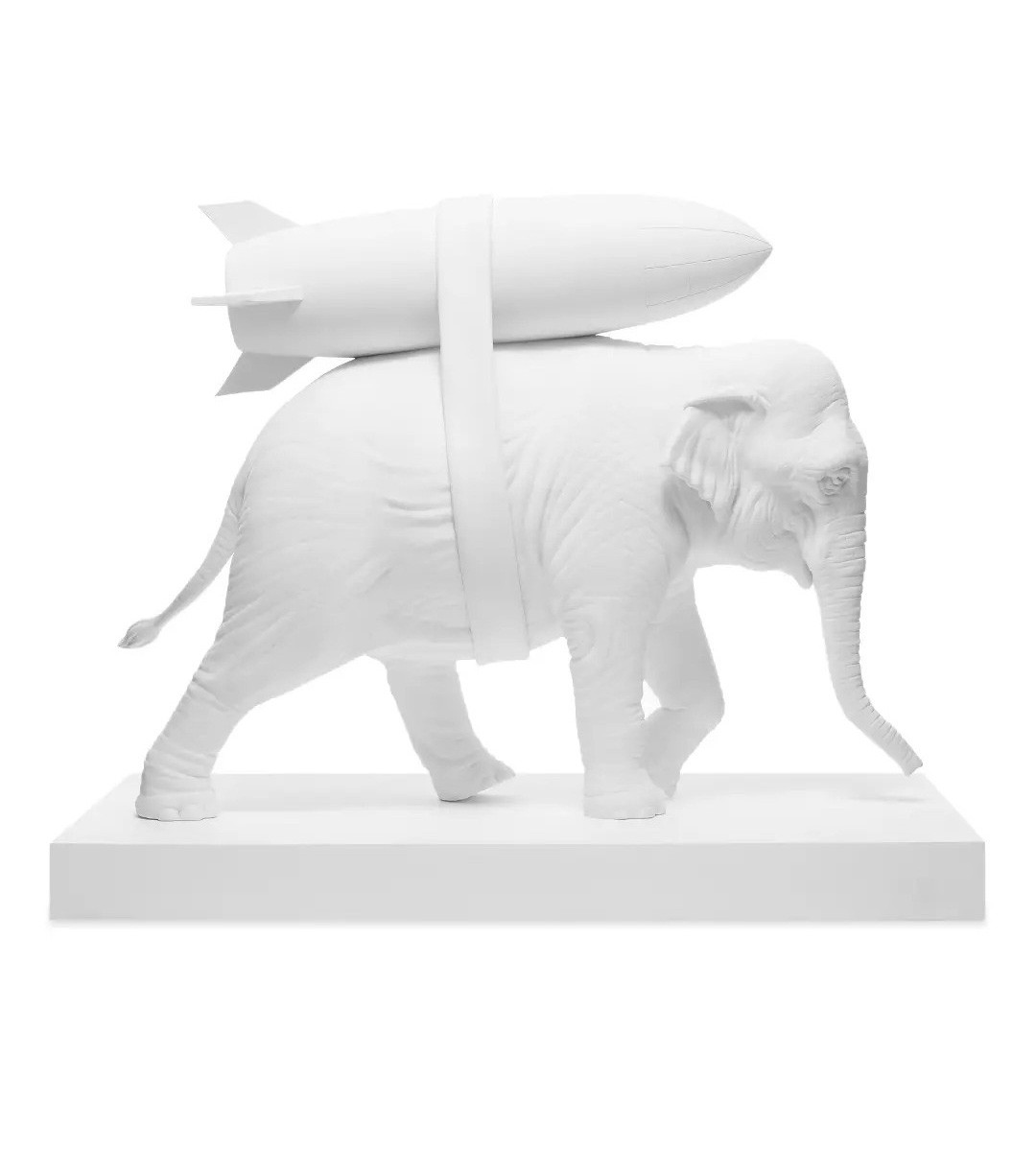 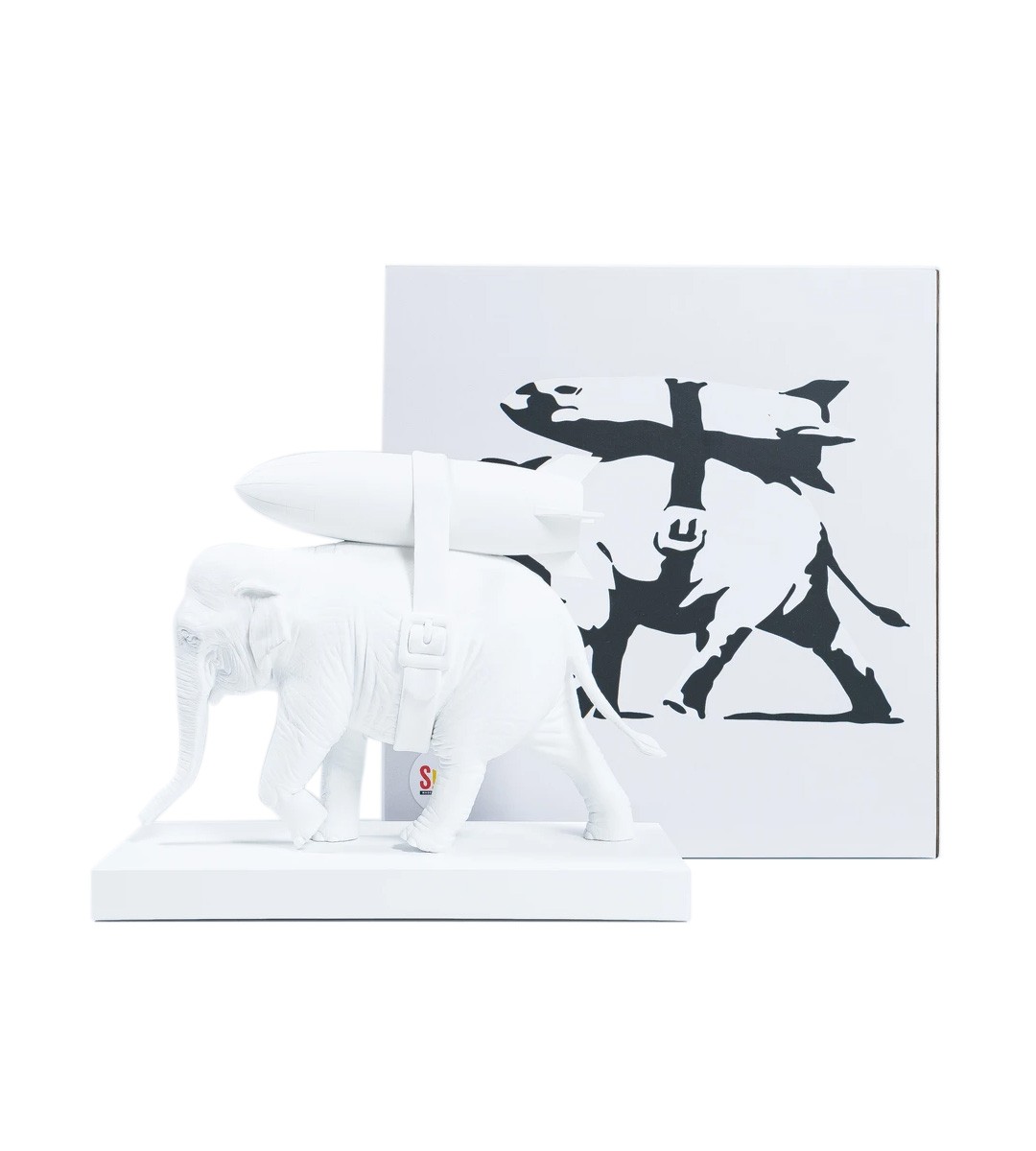 86fashion has created thousands of custom art toys for a variety of industries and clients, such as Walt Disney, Marvel, Bandai, Ubisoft, NECA and more. Our service is best for brands, agencies, retailers, and illustrators purchasing. Contact us

to create your own designer toys NOW.